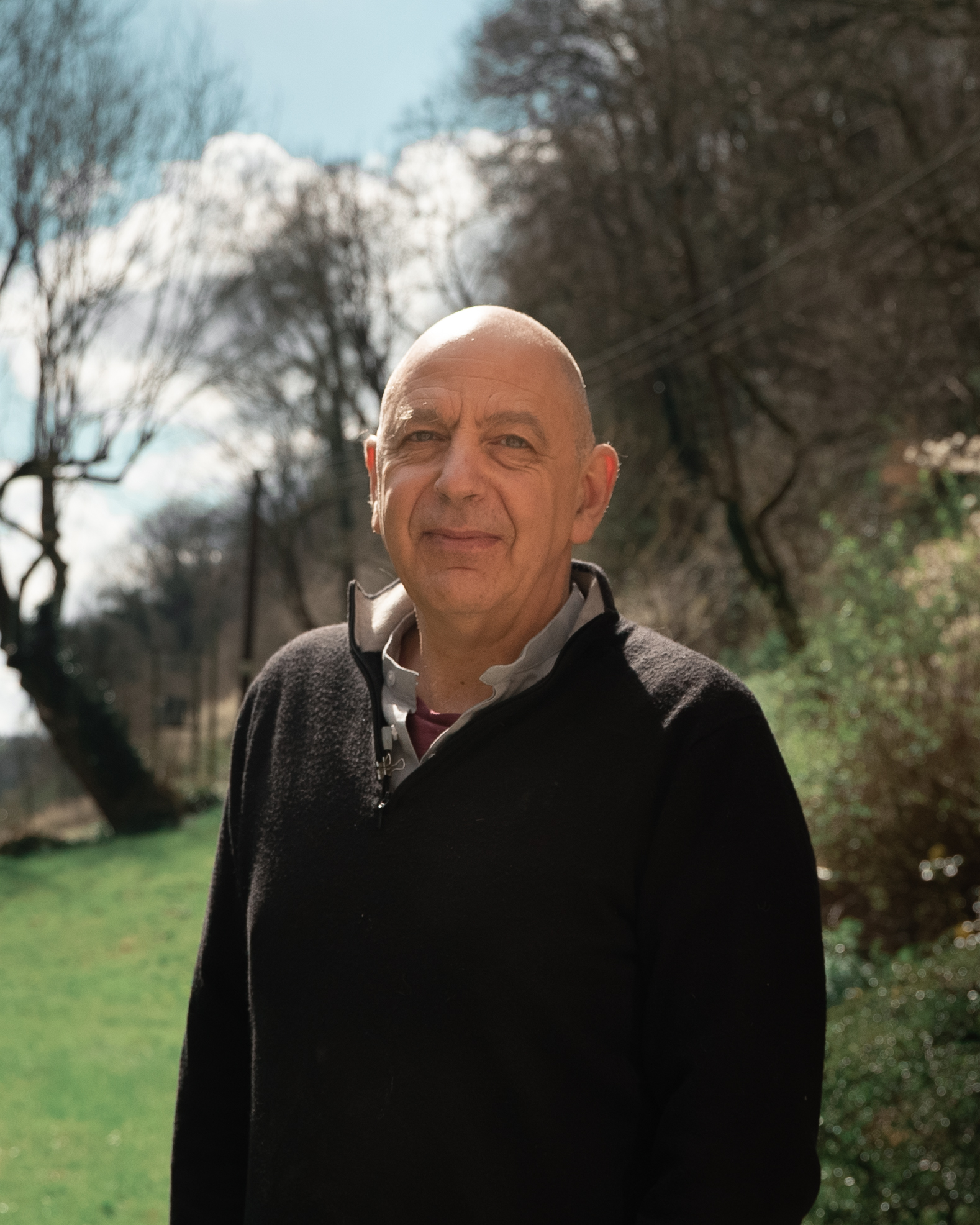 Neville is co-curating the first exhibition at the East Quay Gallery with Tessa Jackson OBE, in an exhibition called More Together Than Alone which brings together works created by the community of Watchet, the acclaimed American artist Suzanne Lacy, emerging performance poet who lives in Watchet, Deanna Payne and his own work.

The exhibition shines a light on the ties that bind communities to one another.

Neville has established a national and international reputation for his work rooted in site-specific responses to place and community.  In 2019 he was commissioned to consider what it means to be part of a community and what contributes to his sense of identity and togetherness. Collaborations with members of the public, other artists, writers, musicians and scientific researchers are invariably his mode of operation.

Q: What impact did Watchet and its community first make on you?

Neville: “The first time I came to visit Watchet, before I even applied for this opportunity, we walked past Pebbles Pub and were immediately invited in. The welcome was not something I have experienced anywhere else. I instantly intuitively felt there was something different about this town. On subsequent visits, before the pandemic, I was amazed by the number of community groups, social activities, and other crazy events, that seemed to punctuate the year with things to be part of. Activities that build social cohesion.

Perhaps because Watchet is a destination, and because of its coastal position, it struck me as being outward looking, socially engaged, a springboard for ideas; A place of poets, painters and the imagination, with a long history having been a functioning port harbour for centuries. It’s not a big town, everyone seems to know each other and maybe that helps make it a self-reliant sort of place. In my brief visits I experienced a prevailing attitude of making it happen by yourselves, for yourselves, which I really warmed to.

My regret is that fifteen months of a pandemic has really prevented me immersing myself more thoroughly in all that normally goes on.”

Q: Why is it important to involve people in the making of your work?

Neville: “There was a day when I was still a student at the Royal College of Art, I walked out of my studio and began making work in an illegal fly-tipping site along a railway line. I found myself in an environment surrounded by the detritus of construction and house clearances and immediately began making work responding to ideas of place and home.

What I had not anticipated was that as soon as you are out of the insular bubble of a studio, working in a public place, you are working directly in front of your audience. That, in itself fundamentally changed my approach to making work. Having a direct relationship to people, becoming part of the dialogue of place, opened up an extraordinary insight, not just in the lives of others, but in understanding my own connections.

Creativity needs no justification, but it gave purpose and meaning in making art, which I continue to explore. Since then, much of my practice has been in various contexts, with very different communities and in each I have tried to build a relationship that is based on trust and reciprocity, whilst still seeking to make work which is challenging and ambitious. I continue to have a studio practice, essential for keeping ideas alive but the engagement with people has almost always been rewarding and enriching.

When working in Western Australia I spent time with the last native speaker of the Noongar language in Kellerberrin. Spending time with her, talking about survival in the desert, her relationship to earth and water, gave me a perspective I could never have envisaged. Likewise, the five years I spent living and working in a tower block in north Liverpool due for demolition, gave the time to push the boundaries of creative practice with residents willing the make that journey with us.“

Q: How has the context of the pandemic shaped or shifted your thoughts and ideas for this project?

Neville: “I began this project just weeks before the first lockdown [January 2020] and was immediately faced with a crisis. How do you make work with a community you don’t yet know when travelling and meeting is prohibited? How do you get to understand what residents in the town value, or resent, are challenged by or inspired by? What makes the place different and special in its own particular way?

It needed to be something that could be done long-distance and using the one method, which has become the byword during the pandemic – Zoom. I needed to find a way of getting people in the town to tell me, in their own creative way, something of their relationship to Watchet. From that, the concept of artworks in bottles became my methodology.

It was also inspired by seeing the ships in bottles in the museum, objects made with materials on hand, which have such strong associations to coastal communities.

There are so many people in Watchet I have met through their contributions, or online, without ever having the chance to meet together properly. However the work I am making has been a response to some of the ideas expressed in the bottles submitted. Key themes emerged, some of which have provided my creative starting point. Ideas which reflect shared experience, a meal together, or the support, one for another, during a difficult year.

A work I am completing at the moment references Renoir's  'Luncheon of the Boating Party'.  Like other artists, I reflect on well known images. At the Olympic Park, I drew upon a scene painted by Seurat. There is a long tradition in art of reinterpreting and here, using photography I am locating the scene in the here and now with a cast of people from Watchet.  As we gradually emerge from fifteen months of restrictions, this work was intended to pay homage to the things we had lost but hope to regain. Shared experience - more together than alone.

The resulting work is utterly unlike anything I expected to make at the start of this journey and it has taken me back to working with materials; chairs in this case, many given to me by people in Watchet, others bought there in the junk shops, or charity shops. Things familiar to us all and in some ways bringing my work back full circle to my time on that fly-tip more than 30 years ago.

Q: What do you hope for More Together Than Alone when it opens?

Neville: “My ambition, with the help of Tessa Jackson who has worked tirelessly in supporting the project as co-curator, was to make an exhibition, which included an International artist and a young voice, alongside myself, making and showing work, which put people at its core.

In part it is about mapping out an ambitious future for Contains Art, but it is also about unambiguously placing Watchet at the epicentre. It is about celebrating the specialness of place and the value of people based creative practice.

When it opens, I see East Quay as a wonderful asset for everyone in Watchet and a place I hope everyone can enjoy the benefits of. Equally important will be to have well in excess of 100 bottles made by local individuals, displayed in the gallery key to all our work and a focal point.

Having missed out on all the wonderful events in Watchet over the past year;  the 1940’s weekend, the wheelbarrow race, bathtubs in the harbour, the music festival and singing on the quayside, even going on the train, I am hoping to have a bit of a party, to meet the people who have contributed bottle artworks and to finally have a beer with them all.” 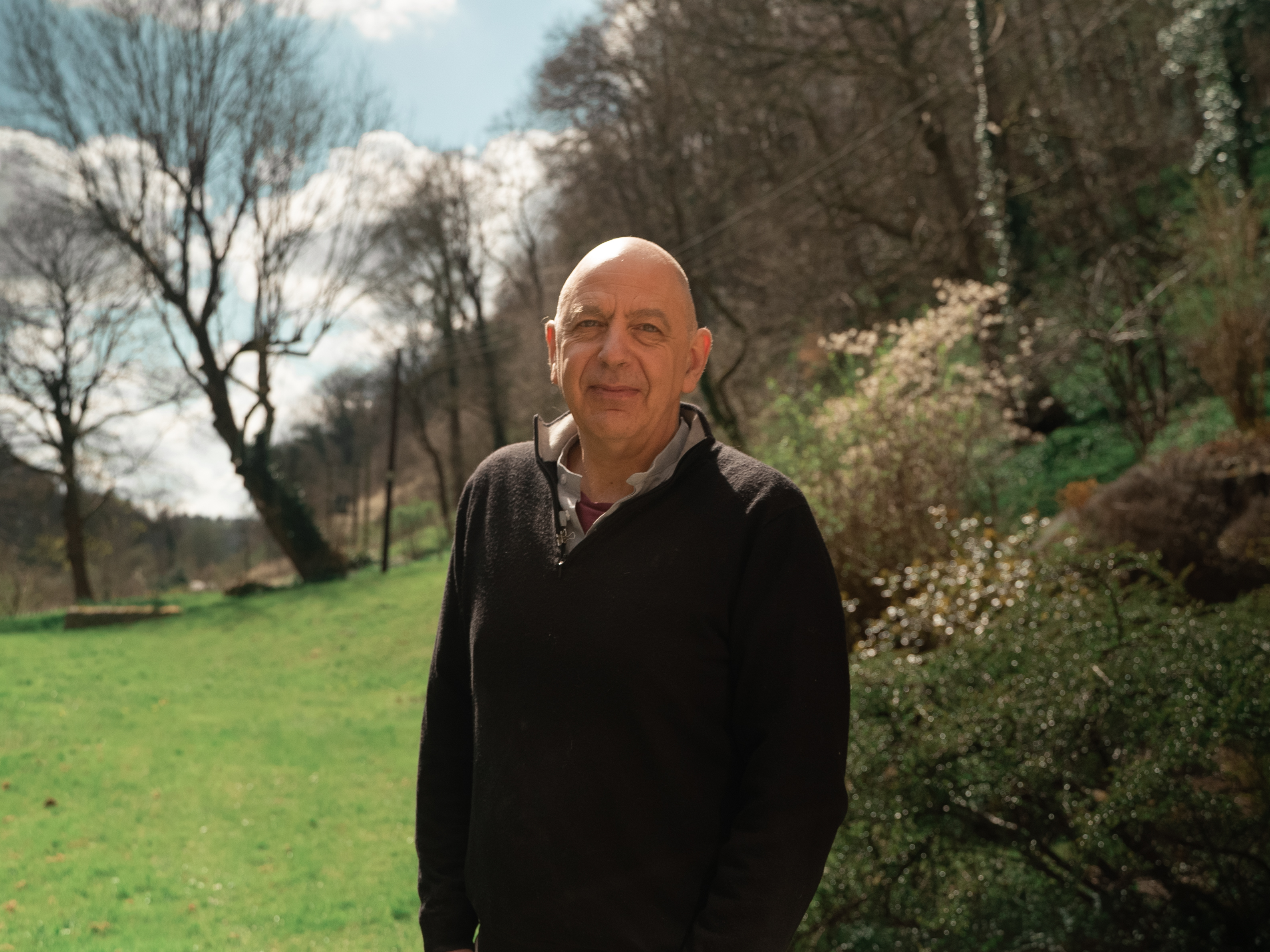