Now showing: BETTER THAN THIS
Exhibition

Now showing: BETTER THAN THIS 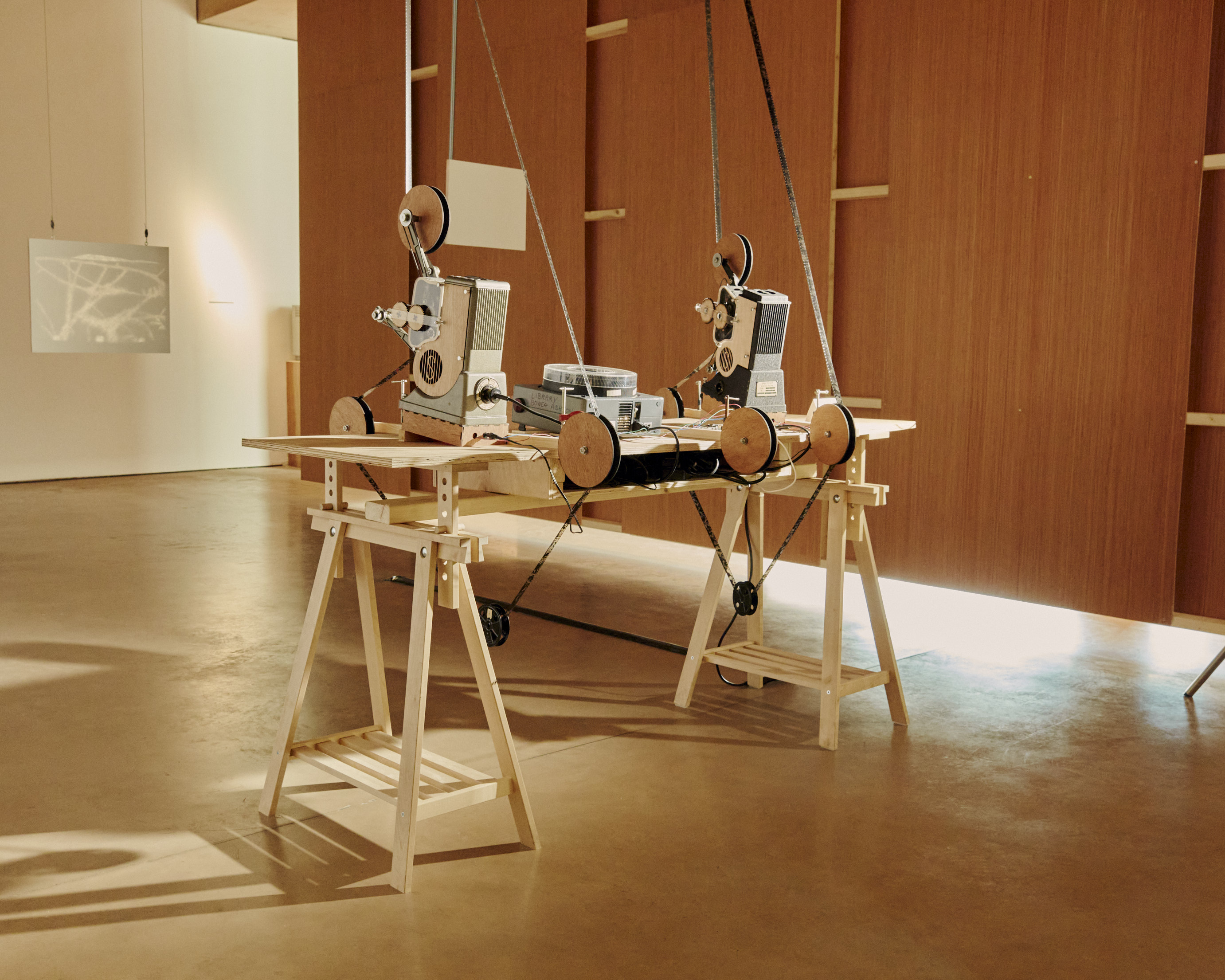 ‘The role of the artist has never been more important. Artists are the beacons who help us see the light in times of devastation. Artists expose hard truths, inspire new ideas and make the future we want feel possible, tangible, and inevitable.’

At East Quay, we acknowledge the climate and ecological emergency and the role of culture in raising awareness and in giving people space to think about what it means. Our third exhibition will mark the public starting point of a long-term commitment to programming that explores a climate-conscious future. We need art now more than ever to help us navigate the future; a responsibility that East Quay Gallery will embrace.

How do we retain hope and love?

How do people and the planet come to a new settlement? How can communities and humankind interpret and navigate the tumultuous times ahead as climate crisis and adaptation take hold? Can we imagine a new order in which the needs of people and the planet living together are central, a balanced ecosystem for all species? How do we retain hope and love for what can be possible, even through the greatest adversity?

This first exhibition within our ‘climate and change’ theme, invites audiences to begin exploring these profound questions by introducing the work of artists who help us uncover and engage with a different way of being in the world. It brings alternative voices (human and otherwise) to the table, each centred in the here and now, but representing possibilities for a new future.

Three artists, each of whom works closely with scientists and climate activists, have been invited to present new works that reflect on our relationship to the earth and nature, and to give voice to the possibility that we can be better than this.

Kathy Hinde is known for her dynamic audio-visual installations, performances and sculptures that combine sound, imagery, and light. Her works focus on the relationship between nature and technology and draw inspiration from environmental phenomena and reactions, raising awareness, and build deeper connections of the natural world around us.

For this exhibition, Kathy has created …of which we are part…,2022, a new work that explores the symbiotic nature of lichens and their use as bioindicators. Symbiosis is the biological interaction between two different organisms or species that mutually benefit from one another. Lichen, which have a staggering ability to withstand extreme conditions, and are composed of fungi and algae species living together. The algae photosynthesize to provide sugars for the fungi, and the fungi make it possible for the algae to live in dry and often extreme conditions. For these works, Kathy has collaborated with local lichenologist, Pat Wolseley, to explore how lichens can act as bio indicators that tell us about the conditions of the air around us.

Focusing on circular systems and the inevitable entanglement of natural and man-made matter, Kathy presents a series of 16mm film loops. These loops are created by exposing lichen directly onto film and are developed with plant-based recipes to be played back on customised projectors.

Kathy also uses phytoremediation in her work. Phytoremediation is a process whereby plants are used to remove or reduce pollutants in soil or water systems. Here, Kathy explores how specific plants, in this case marigolds, have an ability to extract metallic compounds to neutralise harmful materials—removing silver residues from photo emulsion. In turn, the matter from these plants will be recycled into the system using plant-based developers to generate more imagery. Through a further collaboration with digital artist Matthew Olden, the film projections respond (as lichen do) to live air quality data by shifting in speed and intensity accompanied by a soundtrack generated by customised synthesisers responding to data gathered from the phytoremediating plants.

With the prospect of an uncertain future due to climate change, Kathy invites us to consider new ways we might work together with other species to build resilient and symbiotic communities.

Kathy has exhibited widely and internationally, with installations commissioned in Europe, North & South America, Asia, and Oceania. Awards include an Ivor Novello Award in 2020, an ORAM award in 2017, a British Composer Award in 2017, and a Scottish Award for New Music in 2018. Kathy was selected for the European SHAPE Platform and is a member of Bristol Experimental Expanded Film Collective. She is a resident at the Pervasive Media Studio, Bristol and part of the cryptic artist programme in Glasgow.

Amy Howden-Chapman is a New Zealand born artist whose work focuses on the climate crisis and environmental justice. For this exhibition, Howden-Chapman is showing an installation of The Apologies, 2022. The Apologies is an ongoing project first created for a 2012 performance at Night Gallery in Los Angeles, California. This iteration of the work, developed with the writer Andrew Michael Gorin, represents a series of twenty apologies etched on brass sheets that have been cut in the dimensions of legal-sized paper. The reflective sheets lean on wall shelves mounted behind an empty podium. An audio recording gives voice to this language.

The Apologies dramatises issues of blame, culpability, complicity, and uncertainty surrounding the climate crisis. As the human and environmental costs of climate change have increasingly been realised, questions of liability shift from being matters of speculation to matters of immediate concern. Yet securing acknowledgments of accountability from those responsible has been no easy task, in part because of the vast temporal and spatial scale of the problem. On the one hand, fossil fuel companies and the governments that have supported them are unequivocally at fault. On the other, the fact that the worst impacts of carbon emissions are often felt at a distance from sites of emission, coupled with the historical tendency to locate responsibility at the level of the individual consumer, has made it easier for the prime movers of climate change to evade being held accountable.

In response to this circumstance, Howden-Chapman and Gorin imagine a world in which there are apologies for the climate crisis. Drawing on their research into the historical form of the public apology, they create durable commemorations of apologies not yet given. Gallery visitors are invited to move among the installation’s texts, stand at the podium, and sit on the benches positioned in the space of the audience. The Apologies calls for consideration of our individual relations to the problem of personal responsibility, foregrounding everyday anxieties about carbon footprints and inaction, while also asking us to contend with the question of who is to blame and why this matters.

As part of this exhibition, Howden-Chapman will also present a performance of Have You Ever Felt Overwhelmed?, 2022. A product of her long-standing collaboration with climate scientists, activists, and journalists, this performance represents the language of those who have devoted their lives to addressing the climate crisis and who do so on a daily basis. Howden-Chapman regularly interviews these professionals and then works with members of the local community to put on group readings of their words. Have You Ever Felt Overwhelmed? explores feelings of exhaustion, consternation, powerlessness, and sorrow that the climate crisis often inspires in us. Documenting the perseverance and coping strategies of individuals committed to tackling this crisis, it also models possibilities for action and hope.

The performance of Have You Ever Felt Overwhelmed? will take place in the courtyard at East Quay on Saturday, July 9, from 2-3pm.

Amy Howden-Chapman is an artist and writer, originally from Aotearoa, New Zealand. For nearly two decades, her work has focused on the intersection of art, urbanism, and climate justice. She is the co-founder and editor of The Distance Plan (thedistanceplan.org), a platform that brings together artists, scientists, policy makers, and activists to promote action on the climate crisis. Her art and performance work have been exhibited throughout Australasia, the United States, and Europe. In 2016, she was the DAAD fellow at the Potsdam Institute for Climate Impact Research, Germany. She is currently a Visiting Associate Professor at Pratt Institute, and faculty in the Sustainable Systems course at The New School’s Parsons School of Design.

Andrew Michael Gorin is a writer and academic whose research and teaching focus on American culture, politics, and the history of the public sphere. He lives and works in Brooklyn, New York.

Meta Than This, 2022, is a specially commissioned poem and film by Somerset-based spoken word artist, Liv Torc. Liv created her poem, which is in four parts, in response to interviews with those she calls the ‘Earth Guardians’—including agriculturalists, environmentalists, forest school teachers, utility engineers and climate scientists—each asked to explore how they feel about the climate emergency. The result is a piece of work that is at once unnerving and humorous, confronting yet hopeful. It invites us to question what we know and how we act. By maintaining a spirit of lightness while never shying away from absolute honesty, the poem satirically unpicks what returning to the earth can teach us about being whole and happy.

Liv is a poet, TEDx speaker, artist and project maker. She is a BBC Radio 4 Slam Winner, a former Bard of Exeter, and hosts the Rainbow Fish Speakeasy, and Hip Yak Poetry Shack. She is also the lead artist in Take Art’s long-running social prescribing and poetry project, Word/Play and runs the spoken word stage at WOMAD festival.

During the pandemic, after her ‘climate change in-the-face-of-motherhood’ poem, The Human Emergency, went viral in 2019, Liv was commissioned as a Siren Poet for Cape Farewell, looking at climate change in the time of Covid. In 2021, she and partner organisation

Tongue Fu created Hot Poets, a COP26 film project working with 12 poets and 12 science partners, including the London School of Economics and the Met Office. 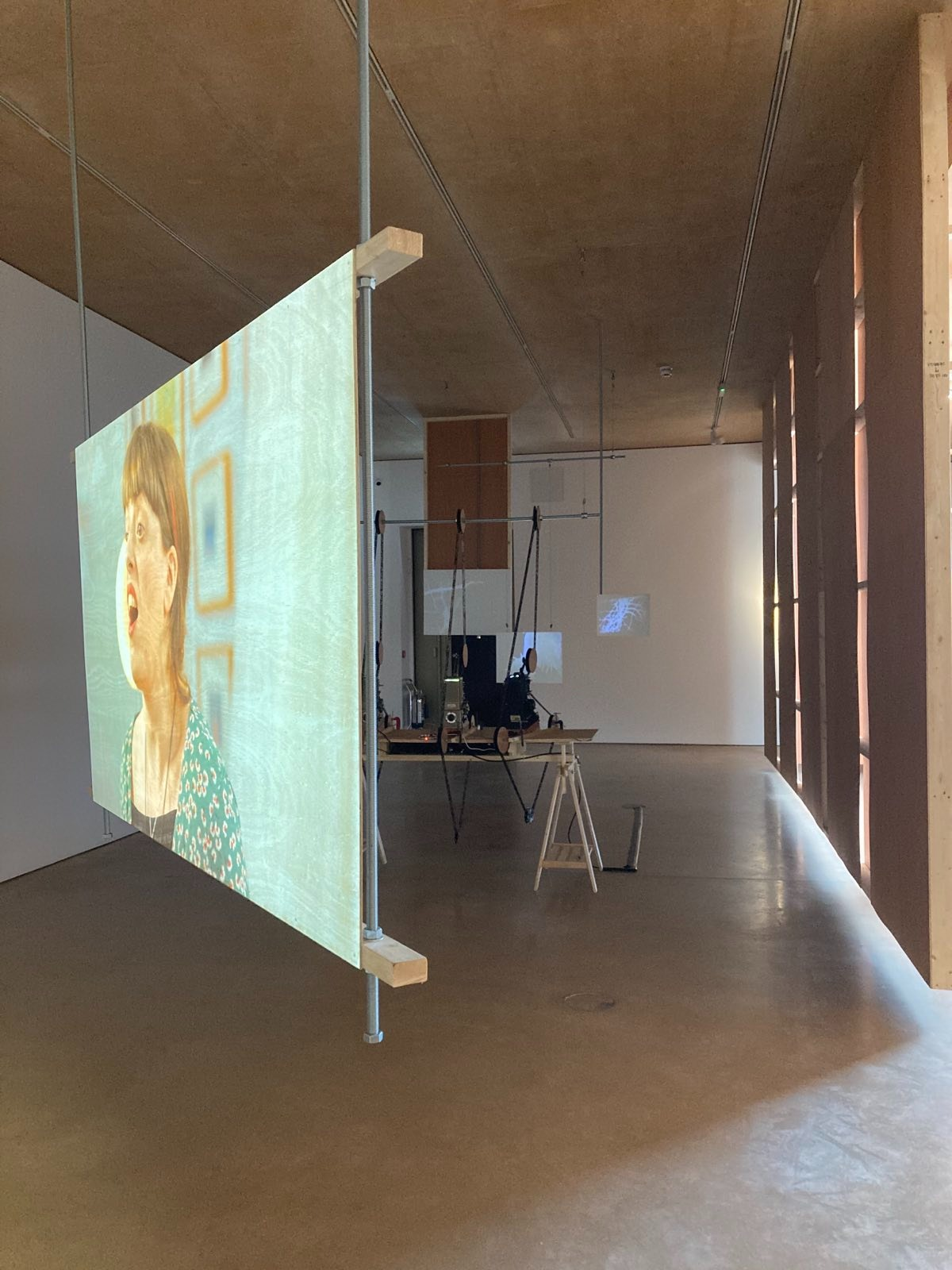 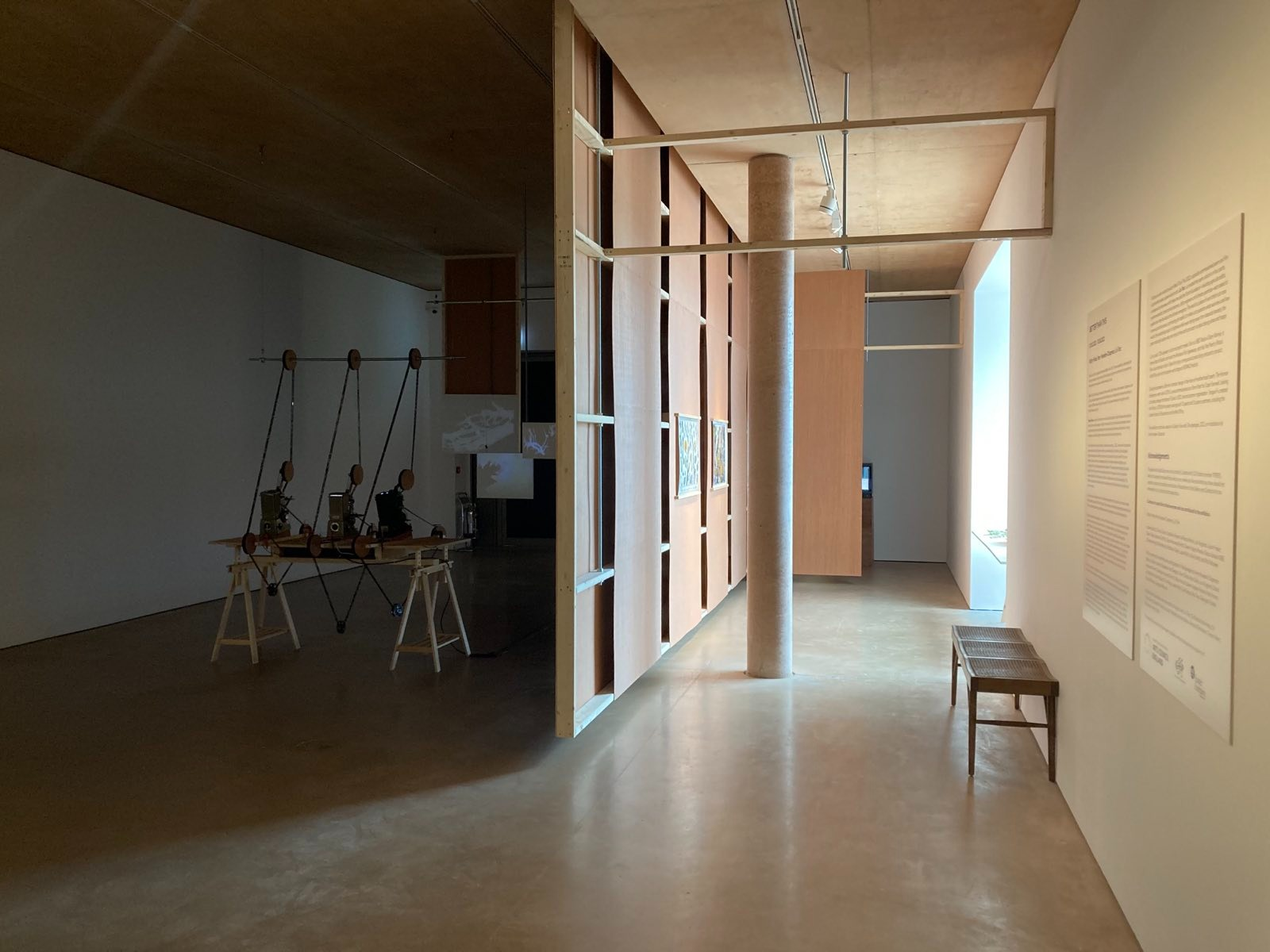 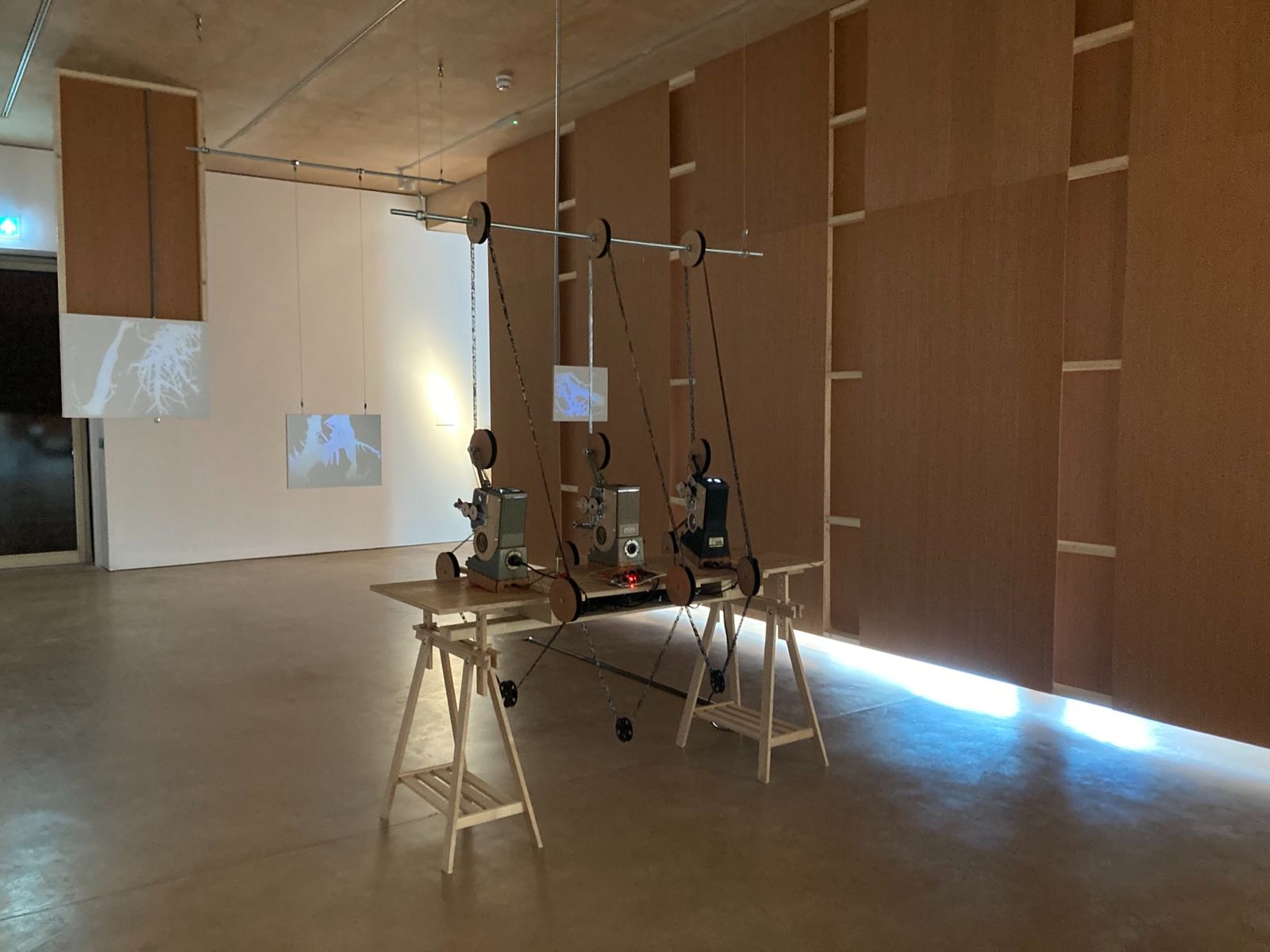 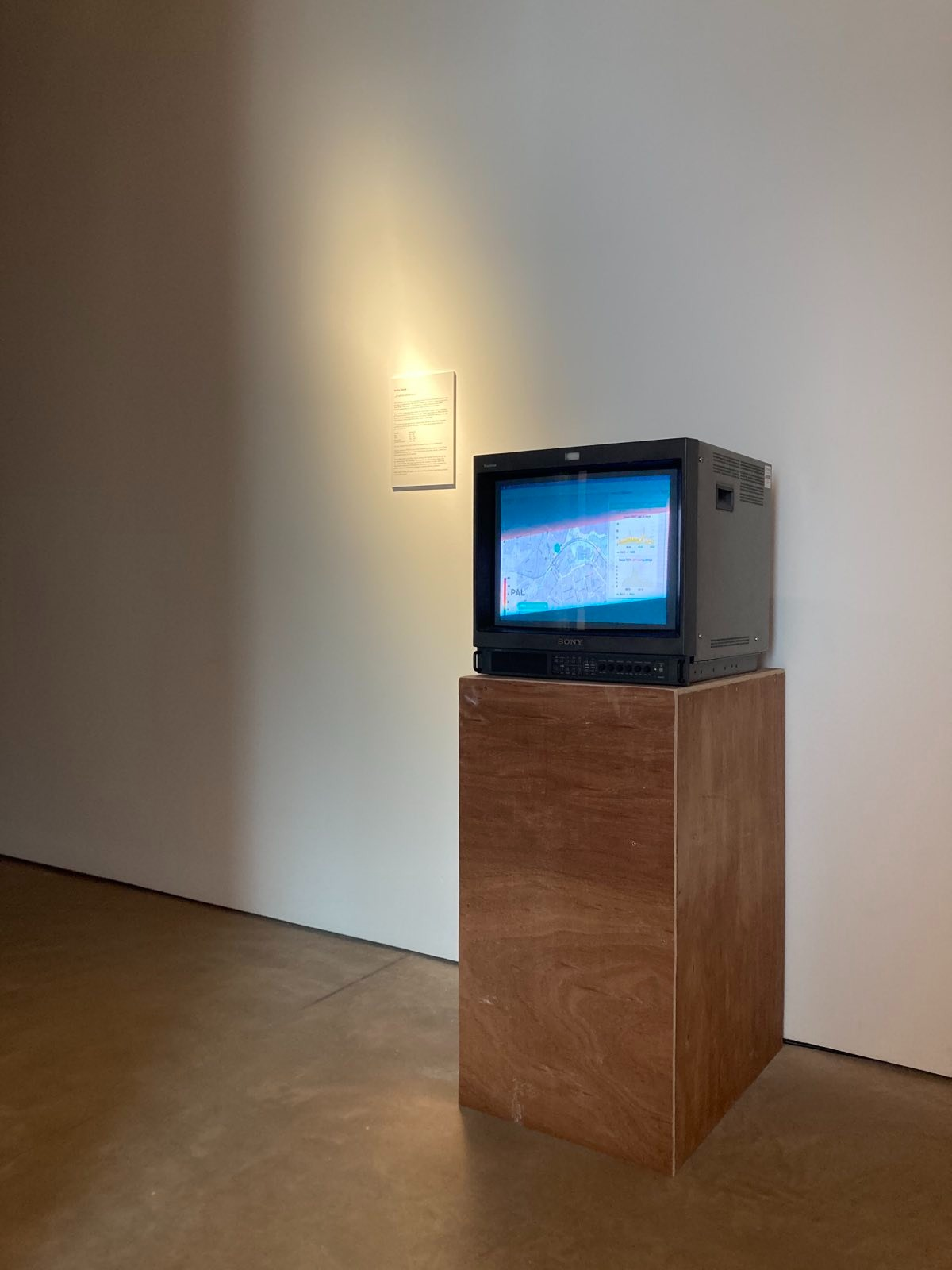 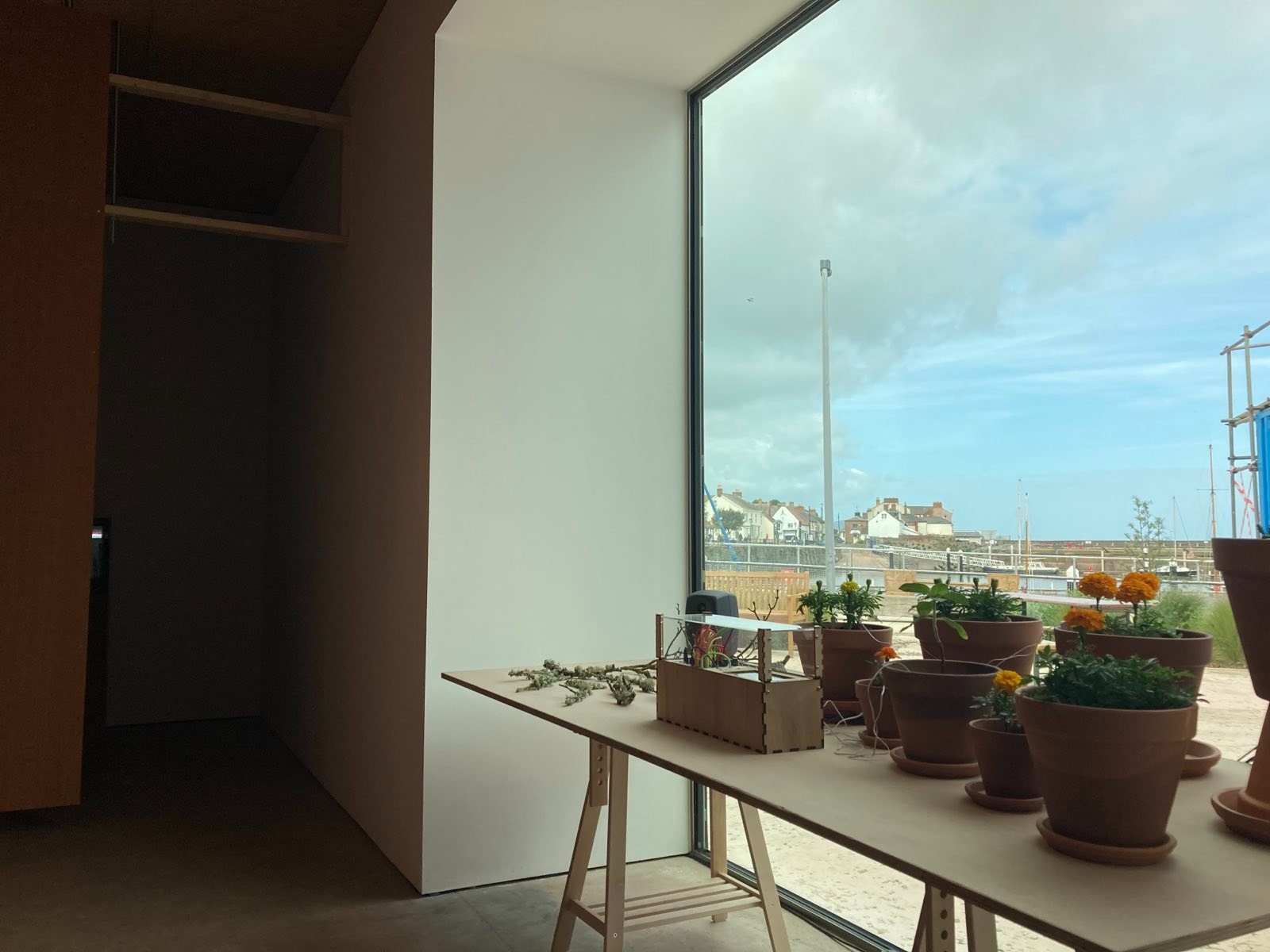 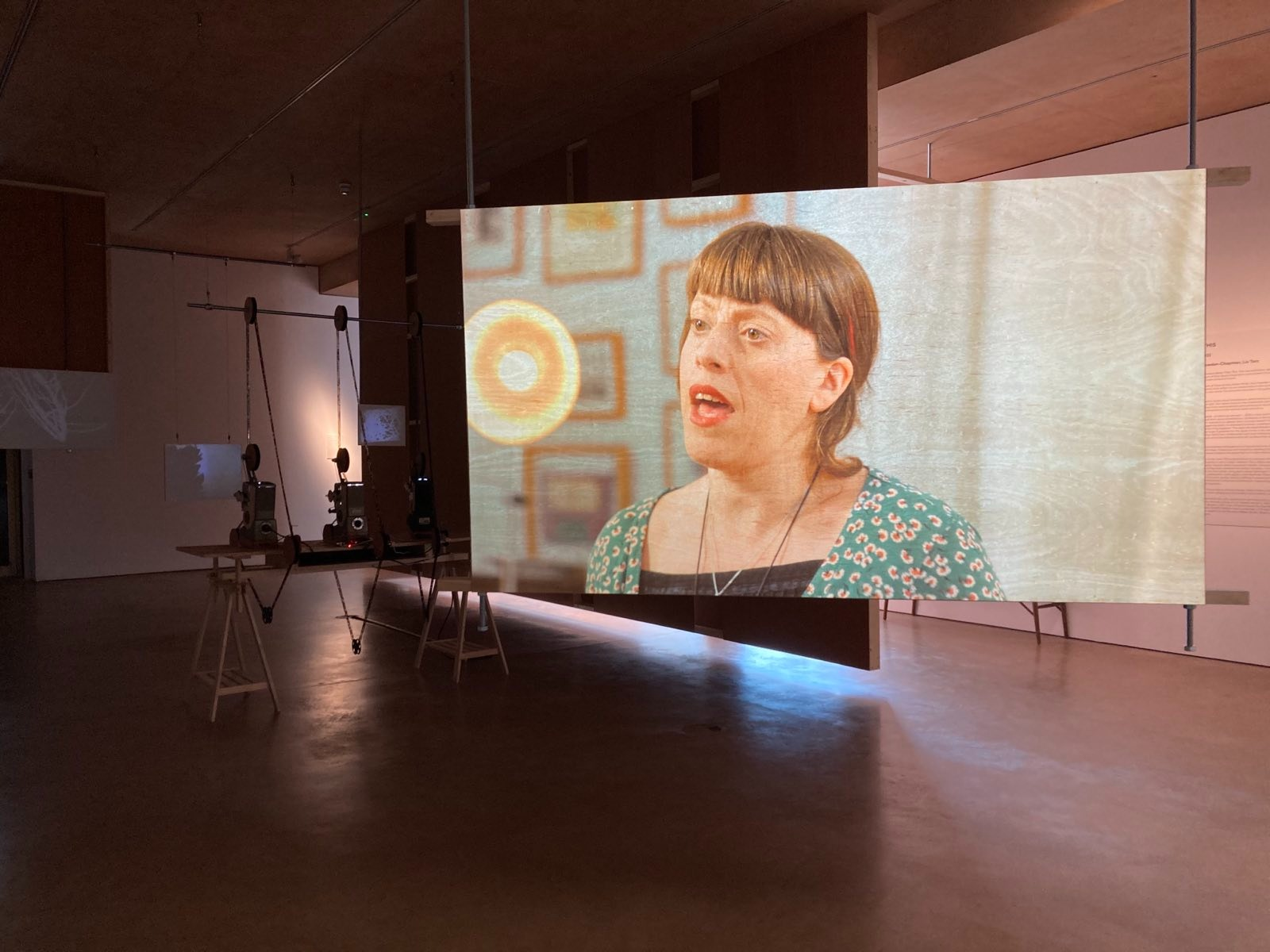 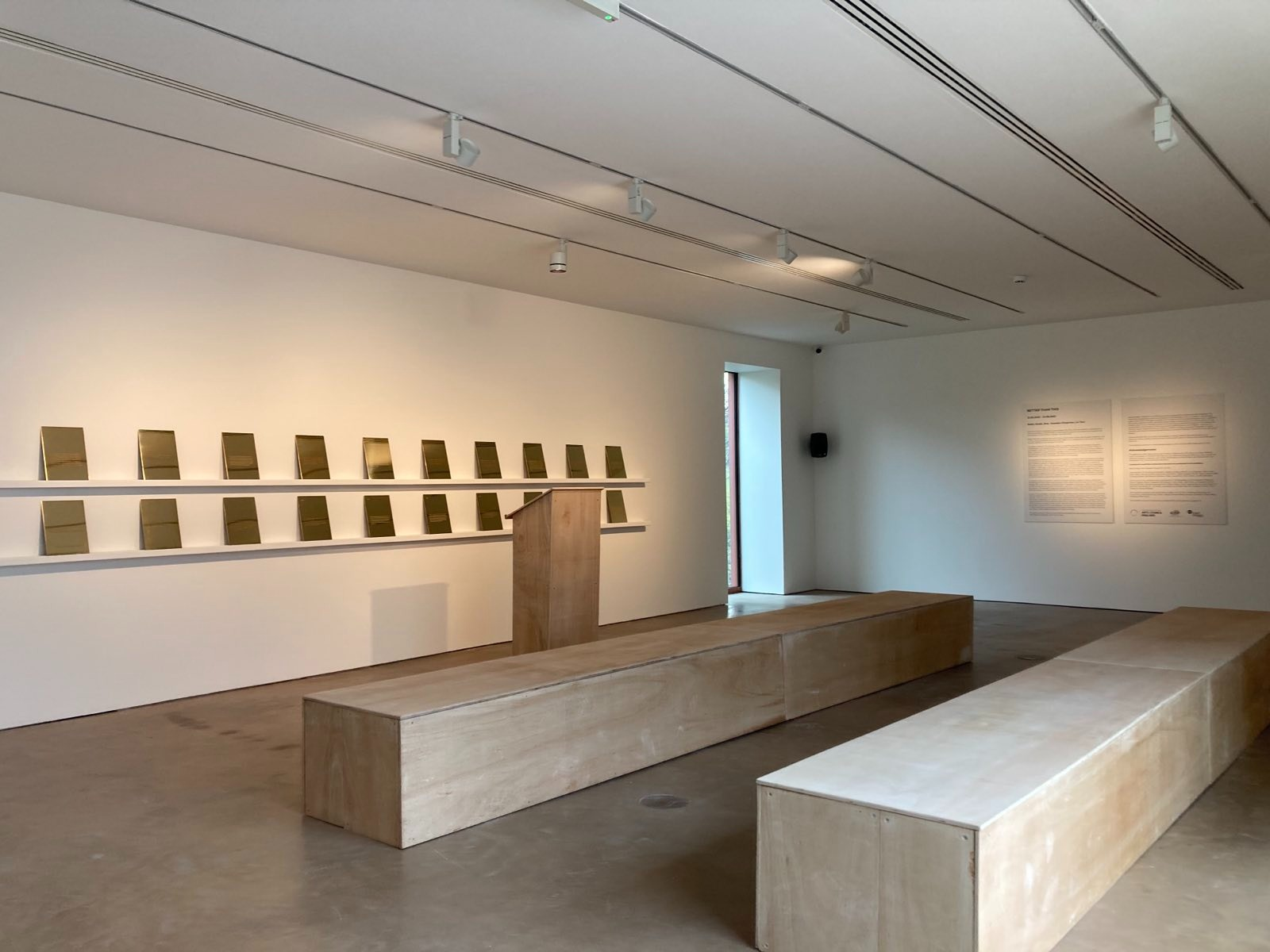 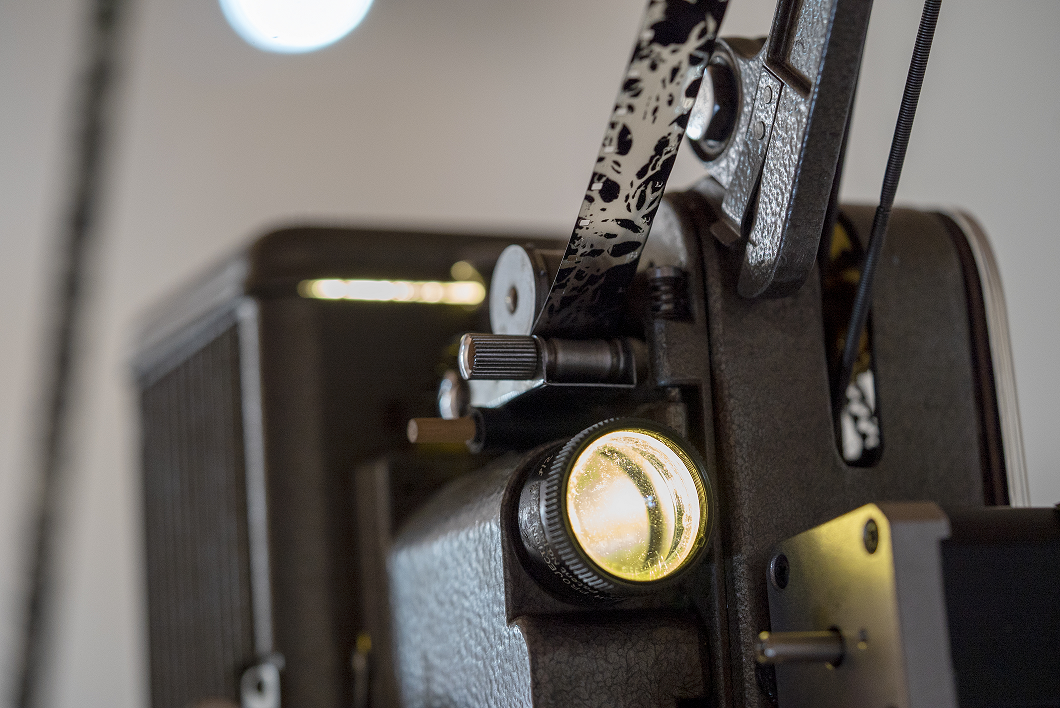